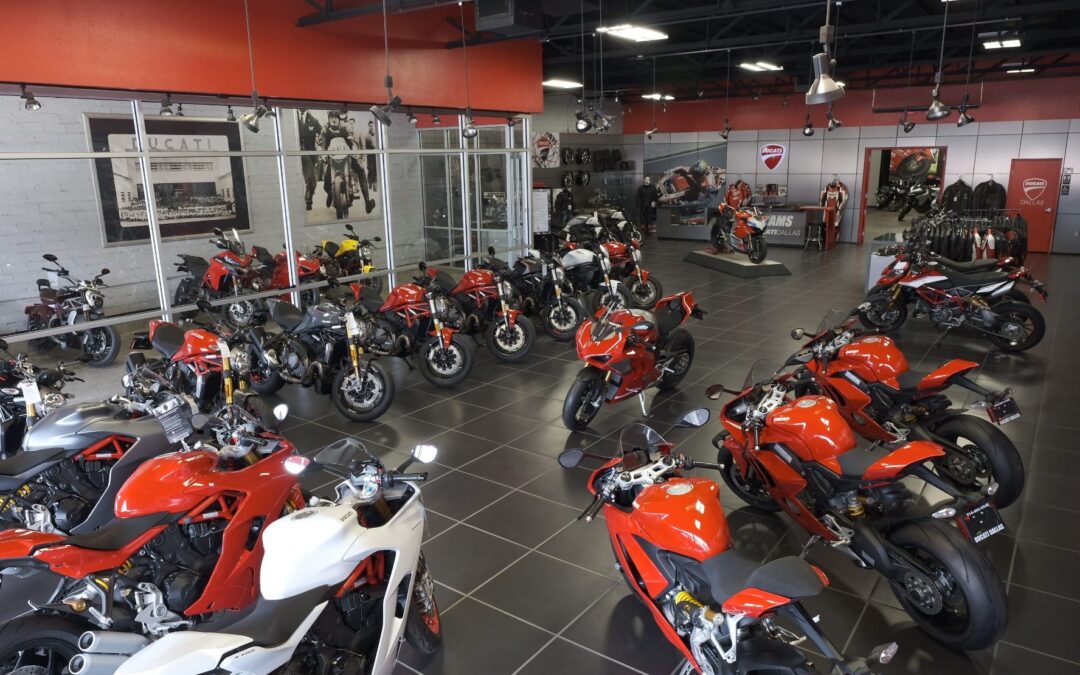 COVID-19 has sickened hundreds of thousands of people in the U.S. and taken more than 100,000 lives. The virus and the efforts to combat its spread have forced many businesses to shutdown or reduce their operations, leading to millions of people being put out of work. But motorcycle sales, and those of other powersports, have gone through the roof recently, sparking what many hope is a renewed passion for the sport that has waned since the Great Recession.

In early March 2020, the United States federal government declared a National State of Emergency to deal with COVID-19, and all U.S. states put in place some level of restrictions to try to minimize the spread of the virus, forcing many Americans to stay at home, including school-age children.

Social distancing by maintaining six feet of personal space from others; avoiding gatherings, even small family gatherings at private homes; and wearing facial coverings when in public became the new normal for many.

While people were observing these guidelines, they were also finding new ways to spend their time and money, and that apparently involved buying every kind of motorcycle imaginable.

“I’ve been a dealer for 22 years. The month of May was the largest month I’ve had in the history of the company,” said George Nassaney, owner of Altus Motorsports and Lawton Motorsports, two dealerships in Oklahoma that combined sell Can-Am, Honda, Kawasaki, KTM, Polaris, Suzuki, and Yamaha products. “It all started in January. Our January was the busiest January we’ve ever had. February was pretty big.

“Then in March, the first two weeks when the coronavirus started, it kind of caused us a slowdown, but it still ended kind of flat. Then in April, it started picking up. May was a record, and even last month, June, was a good month for us.

“Off-road has been the heaviest, dirt bikes and side-by-sides and youth models. We’ve sold more youth models than we normally do during Christmas, and Christmas is usually pretty big for us.”

But that’s Oklahoma, which has largely been spared the worst effects of COVID-19. The same trend, however, has even held true in New York, which has been one of the hardest hit regions in the world.

“We’re slammed,” said Richie Alexander, General Manager of Hudson Valley Motorcycles, a Ducati, Energica, Kawasaki, and Suzuki dealer located just outside of New York City. “We sold out of kid machines, all of our dirt bikes, almost all of our quads. We’re depleting a lot of our inventory on the Japanese side of things, which is awesome because it’s been a while since we’ve seen Japanese units moving the way they’ve been moving. So, we’re pretty excited.

“For Ducati, we’re always strong in the Ducati world, but we’ve had three great months even on the Ducatis. I know a lot of our dealership friends have been experiencing the same things.”

“This is my 21st year,” said Eric Dorn, owner of EDR Performance, a service shop located in Portland, Oregon, specializing in high-performance work, “and five of the last six months have been record sales months. Not just good months, but best-ever months. I think we’re up over 30% for the year.

“The streetbikes [business] have quadrupled, because they’re such a great social distancing activity. Then some of it is my business is expanding. We’re making some of our own parts now with 3D printing.

“We build a lot of racebikes and race engines all the way through the winter. In February and March, we’re putting together the racebikes and shipping and delivering them. Then the street guys start to come out. The problem we had this year was all of the streetbike guys came out of nowhere early because there was no nothing else to do and they were tired of being cooped up inside. And now we’re having the issue that all these racers are coming out of nowhere during our peak street time saying, ‘Hey, the tracks are opening. I need my racebike.’”

Every dealer and service center contacted for this article reported huge demand for service work and a significant backlog of work orders.

Data from some of the motorcycle manufacturers and U.S. importers also back up the reports of sales increases.

“For us, we’re not able to release the sales figures,” said Roy Oliemuller, Corporate Communications Manager for BMW North America, “but I can tell you May sales of this year exceeded May sales of last year. We’re going through month-end close today, and we expect June to also be strong.”

“Despite the economy’s current landscape, Suzuki’s motorcycle and ATV retail sales have been remarkably strong over the last two months,” Rachel Anderson, Suzuki Motor of America, Inc. Lead, Press Relations & Marketing, wrote in an email to Roadracingworld.com. “We believe these unprecedented times have given powersports enthusiasts, the opportunity to experience different ways of transportation as well as give them a new sense of what freedom feels like when riding a new Suzuki motorcycle or ATV. We’re pleased that Suzuki dealers nationwide have been able to remain an essential business in their communities by offering new models of motorcycles and ATVs, as well as uninterrupted service to their customers.”

While off-road and youth models are certainly the most popular units during this surge in sales, according to a casual survey and the Motorcycle Industry Council (MIC), which reports an 18.9% increase in off-highway motorcycle sales in the first quarter of 2020, dealers of all brands and segments are reporting strong sales.

“Overall, our sales are up at least 50 to 70%,” said Rob McLendon, III, of D&D Cycles, an Aprilia, Kymco, Piaggio, MV Agusta, Triumph, and Vespa dealer in Pensacola, Florida. “I’ve made about three or four extra orders of scooters, alone. I’ve been going to auctions, buying five or six used bikes at a time, which is a lot for us, and selling them all before I can get them fully prepped for resale.”

Part of the motorcycle sales success can be traced to new buyers finally being drawn in from the sidelines.

“I was pensive when COVID-19 hit,” said Jeff Nash, a former AMA Pro Thunder National Champion and owner of AMS Ducati Dallas, in Texas. “I was quite concerned we had swung the pendulum in a negative direction, but it’s been quite the opposite. There was a lull in the beginning when people were figuring out what they were going to do with their lives, and now it’s just crazy. It’s the best year we’ve had for sales in a long time. And it’s really interesting because we’ve had a whole new customer base. A lot of new riders. People who perhaps thought about getting a motorcycle but never have.”

And all of this may very well launch a new generation of motorcyclists.

“Everyone has been cooped up at home,” said Alexander. “The kids have needed things to do, so the parents have been getting them bikes to ride, which is awesome. The industry needed that really bad. Even the people who don’t have kids, they were at home with nothing to do, so they bought bikes.”

“I’m looking forward to this resurgence in the sport,” said Eric Wood, who owns aftermarket parts manufacturer Woodcraft, is the lead instructor for the Penguin Racing School, and along with co-director John Grush, runs the Loudon Road Racing Series (LRRS). “There are a lot of kids who are going to get into this, and a lot of dads who maybe didn’t have time because they were working and so forth.

“I have this hope of a resurgence of kids and teenagers and younger kids getting into the sport because this gave them the opportunity, and maybe that’s what the whole industry needs. It could be a blessing in disguise. It’s fantastic. Let’s hope it keeps going, that everyone who got back into it that’s been out of it for a while, remembers how fun it is and keeps going.”